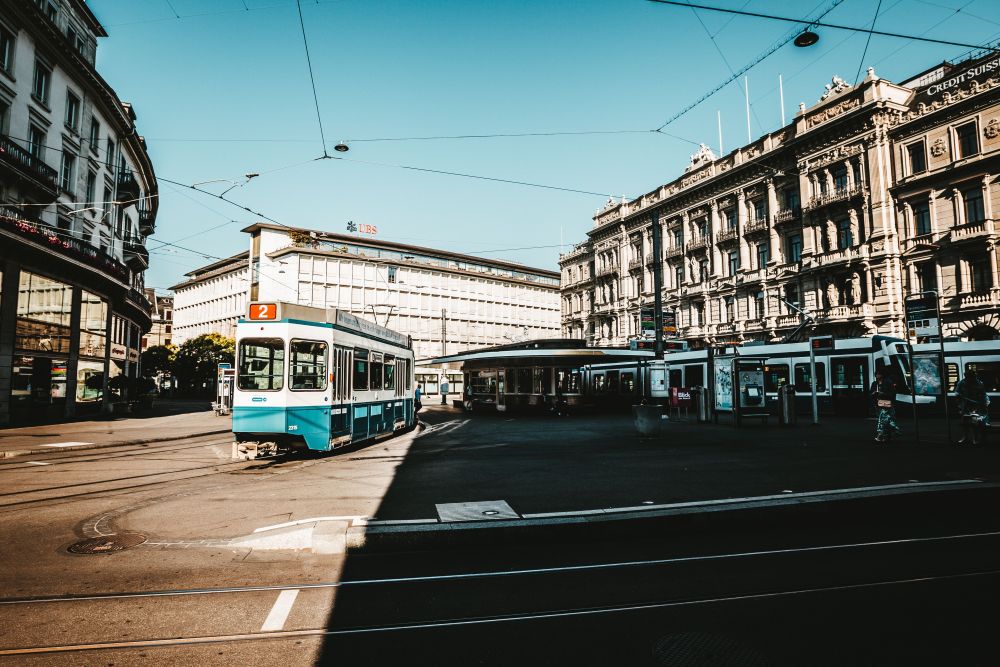 In Zurich, citizens are not only regularly involved in the mobility planning process but they in many ways guide the decisions that are made by the local authority and subsequently the path the city is taking. Through referenda, citizens notify decision makers when they think the city is being too ambitious or too cautious in its actions.

Zurich’s history is scattered with a number of examples of precisely this. For instance, in the 1970s citizens held a referendum and voted to reject funding for a proposed project concerning an underground public transport system. A subsequent referendum was held, this time with citizens supporting the allocation of 200 million Swiss Francs to promote surface public transport. Using these funds, the city was able to develop dedicated tram lines and bus lanes as well as to set up a system that gives preference to public transportation at traffic lights.

Holistic mobility planning in Zurich really gained steam in the 1980s. At this time, the city developed a blue book of principles, which included the promotion of public transportation, reduction and channeling of main routes, restriction of parking spaces, and the promotion of environmentally-friendly mobility.

A number of measures adding to the participatory nature in which Zurich approaches mobility planning have been implemented since. Among these are “piazza pop-ups” - small public parks where people can meet. These pop-ups have been piloted in different areas of the city as part of an effort to turn small public spaces into attractive and vivid places. After a trial period, decision makers decide whether a pop-up in a specific location will be made permanent or will be removed. This decision is supported by a vote made by citizens on whether they favored the pop-up or not.

As part of an education effort, the city also organizes mobility trainings. For example, previous trainings have included teaching children how to fix bikes and taking school classes to public transport construction sites.

The continuous involvement of citizens and their wishes regarding mobility planning have played a crucial role in ensuring the strength of Zurich’s mobility plan. Particularly noteworthy is that while the city has made significant progress with regards to sustainable mobility, including a 10 percent drop in the share of motorised private transport, citizens continue to push for additional changes.

For example, in a referendum held in 2012, citizens voted to set a new goal to further decrease the proportion of motorised private transport in Zurich another 10% by 2021, which would bring the total modal share of private transport down to 20%. Moreover, €100 million have been set aside to promote cycling over the course of the next 10 to 15 years.

To ensure that mobility objectives are reached and that Zurich is moving in the right direction, local authorities regularly monitor progress every one or two years. This information is made publicly available and is used to inform and adapt mobility policy measures.

These various activities have allowed Zurich to act as the main reference case in the “holistic, shared and persistent mobility plan” cluster of the SMARTEES project. The project aims to evaluate, in particular, the importance of the social innovation aspect behind Zurich’s mobility plan.