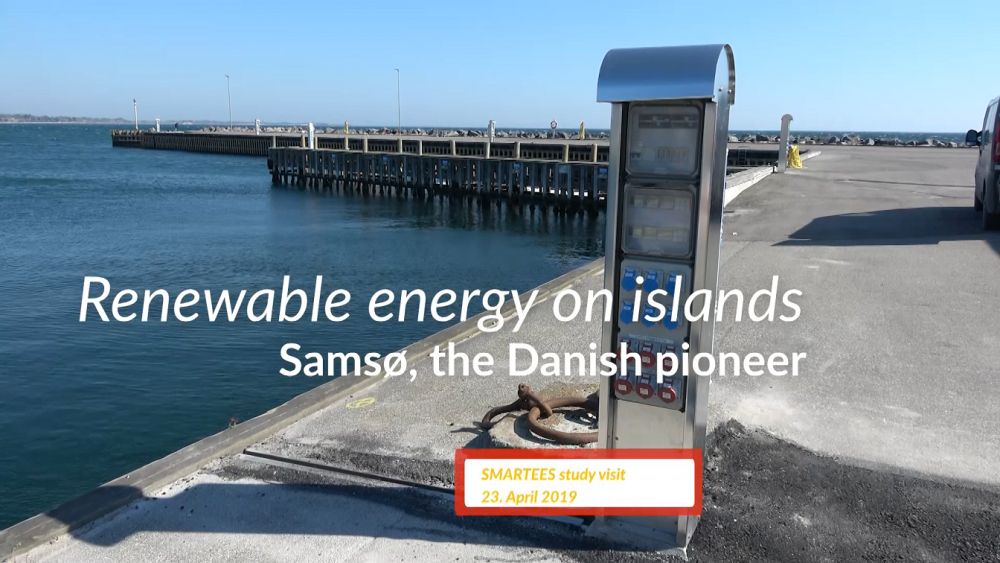 Renewable energy renaissance on the island of Samsø - new video

The island of Samsø (Denmark), one SMARTEES pioneering reference cases, reinvented itself in a matter of ten years from reliance to imported energy, into a self-sufficient exporter of green energy.

The spark came from a couple of islanders in 1997 and had electrified the whole island by 2007. This amazing transformation was made possible through innovative community engagement. Watch the new video to learn about Samsø’s experience.

Samsø won a renewable energy competition initiated by the Danish government with its 10-year energy transition masterplan in 1997. The work started by the creation Samsø Energy Company. The islanders invested 2 million € in the company and ten percent became shareholders. Five of the offshore wind turbines are owned by the municipality, two by inhabitants, and three are in private ownership. Together they produce 110,000 MWh per year - much more than the island’s consumption of 23,000 MW per year. This allows the exportation of 87,000 MWh per year to the mainland. Throughout the years, the reinforced trust and financial benefits generated by this project allowed developing additional energy installations with the support of the population and the municipality.

The secret to Samsø’s success? Social innovation – as Søren Hermanssen, one of the movements initiators and director of Samsø energy academy explains “The fast transition happens, when you connect locality, activity and mentality”. The founders of the movement managed to get more people on board by getting them invested in the project – mentally and then financially, fostering a sense of belonging and ownership.