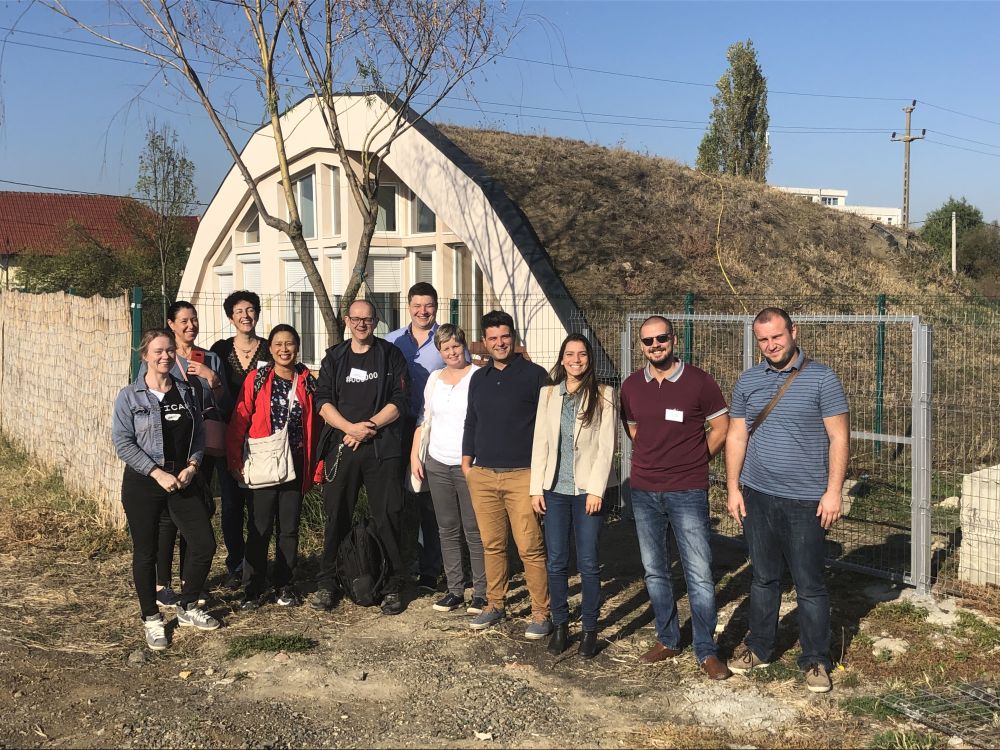 Enthusiastic to get new ideas and exchange experiences on energy transitions, representatives from Tuzla (Bosnia and Herzegovina), Aberdeen (United Kingdom),and Lahti (Finland) made their way to Timișoara in October 2019, for what was the tenth and final follower city study visit of the SMARTEES project.

Timișoara, European Capital of Culture for 2021, has built a reputation as being avant-garde, especially when it comes to social changes. The site of the first brewery and canal of Romania, Timișoara has potential to be the city of many firsts in the country, particularly when considering its young and active population.

Currently the city is facing an energy challenge and has started to address it in many ways. During the communist era cogeneration district heating plants were introduced in Romanian cities, providing heating to residential buildings. In the post-regime years, the infrastructure could not be maintained, and individual gas boilers were increasingly installed by households. The population of Timișoara has been dealing with an inefficient and costly energy system.

Considering this backdrop and the fact that 50 percent of the city’s buildings having been built before 1970 and are regarded as energy-inefficient - politicians are paying attention on the issue of energy poverty. Timișoara wants to reverse this trend (and halve its environmental and social impacts) by supporting innovation, energy efficiency and behaviour change. The city is determined to make strides in improving the current situation with concrete measures.

The Romanian pioneer city started with an awareness-raising campaign and the creation of a monitoring desk to keep an eye on the elderly, as they are among those most vulnerable when it comes to energy poverty. Conscious of the importance of capacity building, the city also has plans to train six public servants to provide the population with guidance on energy efficiency. In addition, a brochure containing tips on saving energy and an energy diary will be made available to citizens to help them monitor and reduce their monthly energy consumption. A questionnaire on energy costs will likewise be carried out every one or two years to monitor the impact of these measures.

Timișoara’s capacity for innovation does not stop on the of policy level – architecture is also being reinvented! Three Eco ‘Bordei’ houses (based on traditional rural techniques) were built in the city periphery. These improved neo-traditional homes are not only aesthetically pleasing and affordable, but they are also ecological homes that have been built with local materials. The temperature and humidity inside the houses are self-regulated by vegetated rooftops and walls that are made of earth concrete and clay. This, together with the fine-tuned design and smart management of the homes with regards to sun exposure, allows for impressive energy efficiency: heating a home of 115 square meters requires only about 5.5 kilowatts of electricity and costs only approximately 300 euros per year!