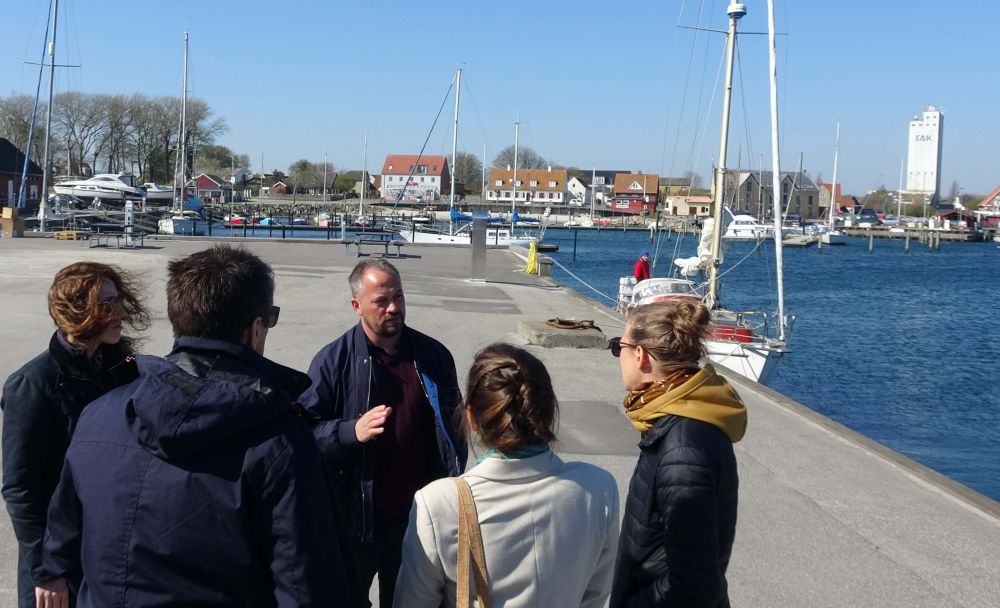 Samsø shared its pioneering experience with a bottom-up energy transition

The island of Samsø (Denmark) – the SMARTEES reference case for island renaissance through renewable energy – hosted a workshop for islands in transition.

In only ten years, from 1997 to 2007, the island experienced a transformation from an energy importer into a self-sufficient exporter of green energy. From an idea of a few islanders, ambitions grew with the community’s trust and direct engagement, and now the island is achieving a remarkable bottom-up energy transition.

Eager to learn from Samsø’s experience, the SMARTEES follower islands attending the workshop were Traena (Norway) and Lemnos (Greece). The event took place at Samsø’s Energy Academy on 23 April 2019.

When in 1997 the Danish government launched a call to foster renewable energy project on islands of Denmark, Samsø won the competition with its 10-year comprehensive renewable energy masterplan. To launch and manage the offshore wind turbines project, the Samsø Energy Company was created and locally funded. Ten per cent of the inhabitants became shareholders (€2 mln were invested by the inhabitants). More precisely, five of the offshore wind turbines are municipality-owned, two are owned by inhabitants, and three are privately-owned. Together they produce 110,000 MWh per year, which is much more than the island’s consumption of 23,000 MW per year. This allows the exportation of 87,000 MWh per year to the mainland. Throughout the years, the reinforced trust and financial benefits generated by this project allowed developing additional energy installations with the support of the population and the municipality.

The workshop participants took a tour to see the diversity of these installations: eleven onshore windmills, photovoltaic solar roofs powering electric cars and the boats in the port, thermal solar energy fields, and four biomass-powered district heating systems (fueled by local wood chips and straw). All the technology introduced was reliable, efficiency-proven and easy to maintain.

The next step of the island’s transition will be in the mobility sector as the plan is to replace all existing cars and ferries with green ones across the island and become fossil fuel/oil-free by 2030.

How can a transition be that successful? Samsø is not particularly innovative technically speaking, but without any doubt – it is a pioneer in social innovation and transformation. Its success stemmed from its ability to connect “locality” (local conditions and habits), “mentality” (values and aspirations) and “activity” (actions) a little bit more every day. Thus, this reference case represents an inspiring and rare example of persistence in working with the community to shape and renew the local vision for a sustainable future. The format and the process of a discussion are as important as the content and the message it conveys. An online platform – the Pioneer Guide – was created to capture the island’s experience, share its knowledge and tools, and empower other communities in transition. During the workshop, follower islands representatives learned how to use these tools to mobilise and engage inhabitants and discussed ways and concrete steps to move forward in their respective local energy transition.