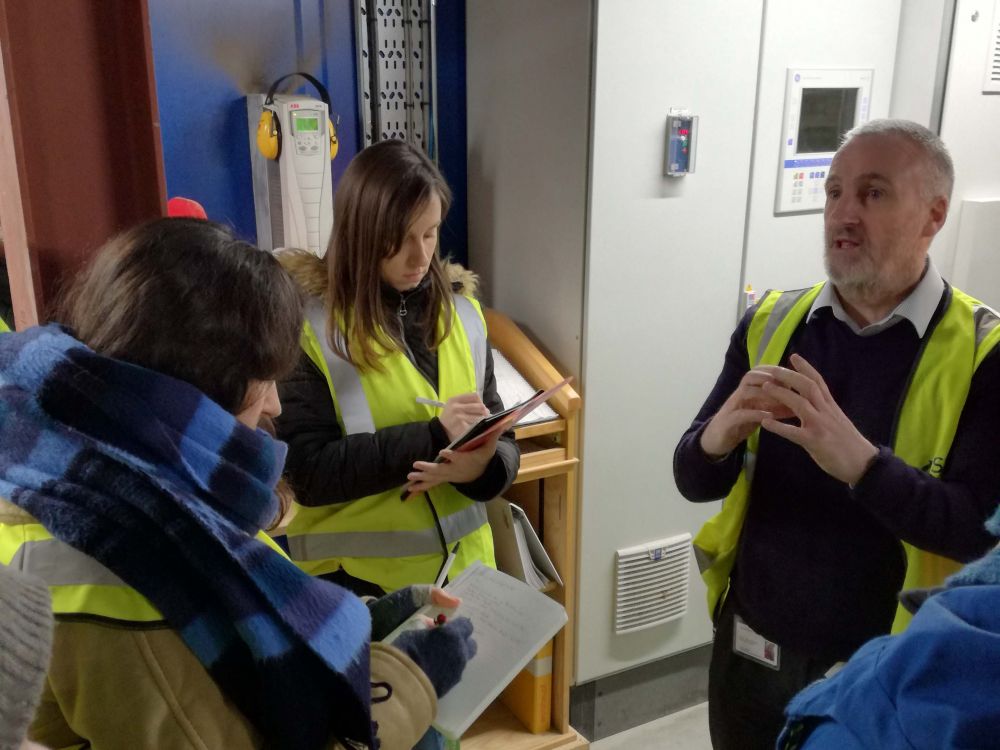 The recent SMARTEES city visit convened in Aberdeen (Scotland) on 29 January 2019. Present to learn from the experiences of Aberdeen with regards to energy efficiency measures for fighting fuel poverty were representatives of the city of Lahti (Finland) and Timisoara (Romania). Representatives of the city of Aberdeen were Aberdeen City Council, Aberdeen Heat and Power, a not-for-profit independent district heating company, and SCARF, a social enterprise fighting fuel poverty.

Aberdeen, the third largest city in Scotland, is on a mission to significantly cut the share of its population who are currently living in fuel poverty. At present, 29 percent of the city’s population is labelled as fuel poor, meaning that these households are forced to spend more than 10% of their gross income on heat and electricity. The city hopes that this number will be significantly reduced with the Fuel Poverty Scotland Bill. The Bill, which may become a statutory policy in 2019, will consider net rather than gross income to determine fuel poverty and will furthermore set an aim to reduce fuel poverty in Scotland to no more than 5% by 2040.

Several steps to tackle fuel poverty have been taken in Aberdeen. According to Aberdeen Heat and Power, seven Combined Heat and Power (CHP) plants have been installed throughout the city and provide seven megawatts of heat to council house buildings, schools, and even an aquatic centre. Since its establishment in 2002, Aberdeen Heat and Power has succeeded in connecting 26 multistories to the system and reduced the city’s carbon footprint by 40 percent, while lowering heating costs for the residents significantly. Moreover, SCARF has continued to support households to improve energy efficiency and reduce fuel poverty, via a call centre or home visits, since 1985. As a result of this mission, SCARF currently predicts total savings in the amount of almost a quarter million pounds on household energy expenditure for the period from 2018 to 2019.

Following the morning presentations, participants had the opportunity first to visit the Torry neighbourhood, an area of Aberdeen especially known for fuel poverty. What is especially innovative here is that Aberdeen Heat and Power worked closely together with a local community centre, which conducted house visits to advertise the free insulation offered by the former in exchange for a small financial reimbursement. Participants further visited the Tillydrone Energy Centre, which houses a second CHP plant that connects 80 percent of the flats in seven hi-rise buildings. The third visit took participants to the Seaton Energy Centre, where they were able to see another CHP plant at 7MW heat capacity to supply 14 multistory blocks, the Aquatic Centre and a range of public buildings. To balance peak demand the plant has a total heat storage capacity of three megawatts in two storage units.

Participants then got to reflect on these visits and Aberdeen’s experiences and compare them to those of both Lahti and Timisoara during an interactive workshop in the afternoon.