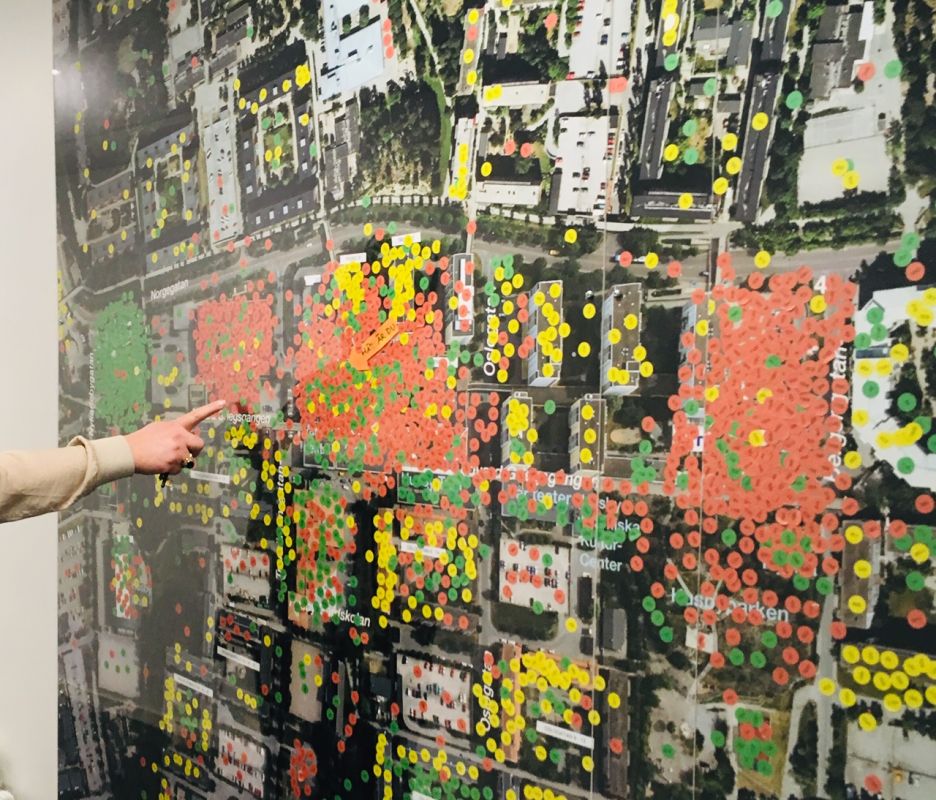 Stockholm, Malmö, and Samsø highlight the importance of community for social innovation

What forms does social innovation take and how does it work? What challenges does it help to tackle at the local level? How can it increase social acceptance and engagement linked to the energy and mobility transition?

In March 2019, the SMARTEES project set out on a mission to answer these questions.

The best way to achieve this is by speaking with those directly involved in fostering social innovation. Erica Löfstöm, a researcher at the Department of Psychology at the Norwegian University of Science and Technology (NTNU), conducted a total of 22 interviews with a variety of people, ranging from city planners to housing organizations to local businesses, in Stockholm, Malmö, and Samsø.

Kicking off this qualitative research phase, Erica first made her way to Stockholm. Over the course of the three days, she carried out interviews in the Skärholmen and Järva districts of the city. She highlighted the high degree of communication with and social empowerment of residents, resulting in large part from the participatory process that took shape in Järva following protests by residents. In Skärholmen, numerous surveys, questionnaires, and interviews with residents were carried out to assess their needs and wishes in relation to the continued development of the district. Such activities have brought to light a high demand for addressing social issues and employment opportunities, to which urban developers in the area will need to adjust their plans to. Currently, the city has plans to refurbish buildings that were built in the 1960s in disadvantaged neighbourhoods in Järva and make playgrounds more safe. With regards to Skärholmen, on the other hand, there are plans to build 40,000 new apartments by 2020, establish city farming and summer gardens, and connect different neighbourhoods via pedestrian and cycle paths.

The next stop on the research journey took Erica to Malmö to learn about a regeneration project that had begun already in 1997 with the aim of upgrading the buildings that were built during the 1950s and 1960s and of transforming neighbourhoods more generally. What was impressive was the sense of community that has developed and the degree to which local residents were starting to take back hold of their neighbourhoods. Erica highlighted the story of a laundry shop that had become a gathering place for people of all ages to converse or enjoy a coffee. In another example, an immigrant woman, who had herself previously undergone the struggle of seeking education while having to balance taking care of her kids, decided to establish a voluntary kindergarten for fellow community members. Residents who do not otherwise have rights to a kindergarten now have the possibility to pursue an education, for example.

Finally, Erica made her way to the third and final interview site on the island of Samsø (Denmark). Samsø aims to be energy self-sufficient and completely fossil-free by 2030, and has over time witnessed a continuous strengthening in the level of citizen engagement and desire for change at the grassroots level. Setting aside the approach taken by the island from that taken by many others is the lack of central management that has taken place. Rather, the approach is an open one, characterised by discussions, heated public debates, and attentiveness to all points of view concerning the island’s goals and ambitions. Moreover, the island has decided to steer free of pilot projects that come with added incomes, preferring instead to manage all of their projects within the existing system of funding and possibilities for support.

The case studies from across Europe show the importance of establishing local social systems that can support awareness of sustainability and make meaningful changes in the built environment where people live. SMARTEES will continue to draw on the above learnings as it proceeds to its next steps, namely agent-based modelling and later the policy sandbox tool.